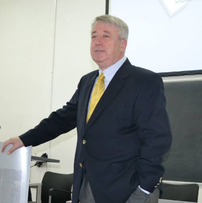 Please find the brief version of the interview in English below:

MK: Could you please talk about your educational and academic experience?
VK: I graduated from Ilia Chavchavadze Tbilisi #23 school and enrolled at Tbilisi State University, at the faculty of Western European Studies on the English philology section. Later I enrolled at the faculty of history and graduated with the red diploma. I continued postgraduate studies at Moscow State University. It was the greatest privilege to me that I had the brilliant professors and scientific heads since the school years. Niko Japaridze, Tina Kacharava, Grigol Kutubidze, Kote Antadze, Givi Kighuradze, and Nikolas Sivachov. After Moscow I became the assistant at the faculty of the New and Contemporary History of Asia and Africa. In 1987 I visited the Stanford University, U.S.

MK: What was your dissertation thesis?
VK: It was “The Administration of Herbert Hoover”  that as the most interesting topic at that time.

MK: If you were to begin your dissertation again, are there any changes you would make in it?
VK: I would use more references and archive materials.

MK: Who are the three persons who influenced your educational career greatly?
VK: Alexandre Dumas, Yevgeny Tarle and all my professors.

MK: How did you see Georgian American Studies 10 years ago and how do you see this field in 10 years?
VK: I always imagined it was hard to start something. There were many problems, ups and downs. Nowadays we are in the new level of development. I am sure the future will be better.

MK: What does the status of the successful professor mean to you?
VK: It is the best experience to meet the young generation of the country and the great motivation to see the hardworking, motivated, talented students.

MK: Could you please tell us about your publications?
VK: I made the project “Conservative Decades of the 20th Century”, created the political portrays of Eisenhower and Harry Truman.  Currently, I work on the America in the 1980s and Ronald Reagan. Also I write the two volumes textbook with Prof. E. Medzmariashvili.

MK: What is the most significant article to you?
VK: It is “Power and the Presidency, From Kennedy to Obama” by Robert Dallek.

MK: What is the last work of art you read?
VK: It is “On the Road” by Jack Kerouac.

MK: What is the most successful academic, scientific program to you?
VK: It is the Fulbright program.

MK: Who is the most significant American diplomat to you?
VK: Benjamin Franklin.

MK: What is the most significant period from the U.S. history?
VK: The presidency of Theodor Roosevelt.

MK: What is your favorite American quote?
VK: „The man who builds a factory builds a temple, that the man who works there worships there, and to each is due, not scorn and blame, but reverence and praise“ by Calvin Coolidge.